Margareta will lead three Early Years workshops at this year’s Summer School which will include interactive examples from Early Years practice around the theme of The Sea, underpinned and interjected with examples of pedagogy and Dalcroze principles. 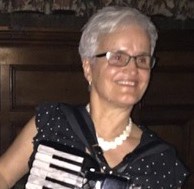 Margareta trained as a Primary teacher in Switzerland, and qualified as a Licencée at the Institute Jaques-Dalcroze in Geneva, while also gaining a diploma in oboe. Her extensive experience with young children and music stretches over the last 40 years, first in Scotland (PGCE sec. music) then in England, where she also trained as a music therapist (Bristol University, 1995). Since then she has been working extensively in many different educational and therapeutic settings, including 12 years at Coram, London as a music leader and therapist. She was Co-Director for the national programmme for Early Years music specialists, called ‘Stepping into Music’ (Dalcroze based), as well as delivering workshops, presentations and training, both nationally and internationally.

Margareta was Head of the new Early Years programme at Berkshire Maestros (Music Hub), planning, expanding, promoting and raising awareness about the great benefits and importance of music making with young children.  She delivered the successful Pantomimusprogramme, alongside training  EY staff and KS1 teachers county wide.  Her focus included the work with parents and young children.

Over several years, Margareta also led community choirs, while enjoying busking with her accordion. She is currently planning an exciting, intergenerational programme.

About the Author: admin