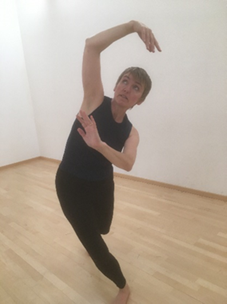 Kaye is an experienced violinist and classroom teacher who now focuses entirely on teaching and promoting Dalcroze Eurhythmics. She was a Junior Exhibitioner at the Royal College of Music and read Music at St. Catherine’s College, Oxford University followed by postgraduate study at the Royal Northern College of Music. She gained a Masters degree in Education in 2014.

Her professional music career began as a member of the 1st Violin section of the BBC Philharmonic and then with the Bridge Quartet, which toured extensively and broadcast on BBC Radio 3. She was appointed Head of Strings for Ealing Music Service and later Head of Music at Gumley House School FCJ in West London.

Kaye currently teaches Dalcroze Eurhythmics on the String & Brass Training Programme at the Guildhall School of Music & Drama and has taught at the Central School of Ballet. She teaches regularly for the Dalcroze UK’s Teacher Training programme and for Dalcroze UK’s Easter Courses & Summer Schools. Kaye was teacher and Artistic Director of the Easter Course in 2019.

In September 2019 she moved to Geneva to study full time at the Institut Jaques-Dalcroze as a candidate for the Diplôme Supérieur, which she completed in December 2021. Kaye was the recipient of the Jean Vincent prize (2012), the Ingham Memorial Prize (2019) and the Aletheia prize (2020), which was awarded for her Diplôme Supérieur choreography.